Posted on January 9, 2018 by Poisematters

We ARE Family! Aren’t we?

Times change, manners change – however the need to pass important items down to the next generation never changes.

Celebrations typically have one thing in common; they gather people who are related in some way and they share food.

Families are also about the people who sometimes drive us crazy. We don’t get to trade family members for others – basically we are family because who we were born to and who we share parents with.

In 2009 my mother put together a collection of her recipes and shared them with myself and my two brothers. She meticulously typed them out and put them into a binder for us three adult children.

I had wondered why she did it; back in 2009 – never realizing that she wanted to pass down her recipes with us.

My mother passed away in 2016 after being ill for a short time period and now after she is gone – I am starting to realize all of the thoughtful and considerate things she did. This was one of her legacies. 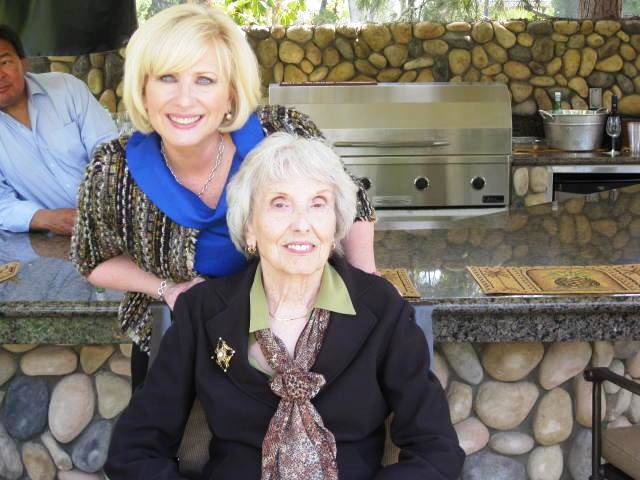 Over the years – nephews and nieces would change the name of her potato casserole to “party potatoes” with corn flakes on top…..no matter what they were called – one thing stayed the same, they were delicious and memorable.
My younger brother was single for years and married late in life. My Mother would drive to his house and put frozen casseroles in his freezer to make sure that he ate. Mind you – that he never lacked for food, but it was my mother’s way of telling him that she loved him so much she would prepare casseroles in bulk (glass Pyrex dishes) and place carefully in his freezer.

This past weekend my son has asked for some of Grandma Catherine’s recipes and it got me thinking of all the whole process – and it was a gift that I was happy to give him.

He is a newlywed and he and his bride are “coupling” and setting down roots and making the recipes of our family.

Lori is a recognized Protocol and Etiquette expert who received her training in 1997 from The Protocol School of Washington. Lori is certified and trained in International and Corporate Protocol and Etiquette instruction. Lori began her career with the Disneyland Resort in 1975 and has over 40 years of service with Walt Disney Parks & Resorts. In 2001, Lori Dominguez received the Orange County Tourism Council's Service Excellence award in the area of accommodations (Hotels). Lori continues teaching workshops on Protocol & Etiquette to local schools in Southern California including Cal State Fullerton, Cal State Long Beach and Cal Poly Pomona and Chapman University. She enjoys Fashion, blogging, being a dog mom, loves social media and travel. Her family includes two grown sons; a husband who is a high school biology teacher; and one very spoiled Bernese Mountain Dog.
View all posts by Poisematters →
This entry was posted in Authentic Self, Dining Etiquette, Holiday parties, Protocol and Etiquette and tagged Chicken Tortilla, family celebrations, legacy, Manhattan Beach, manners, Mom, recipes, Southern California, Zager. Bookmark the permalink.

2 Responses to We are family!